PITAKA wallet - is it serious?

I’m looking for a new wallet, as my old one (traditional wallet made out of leather) is quite worn.
My basic needs are

While looking online I found this one 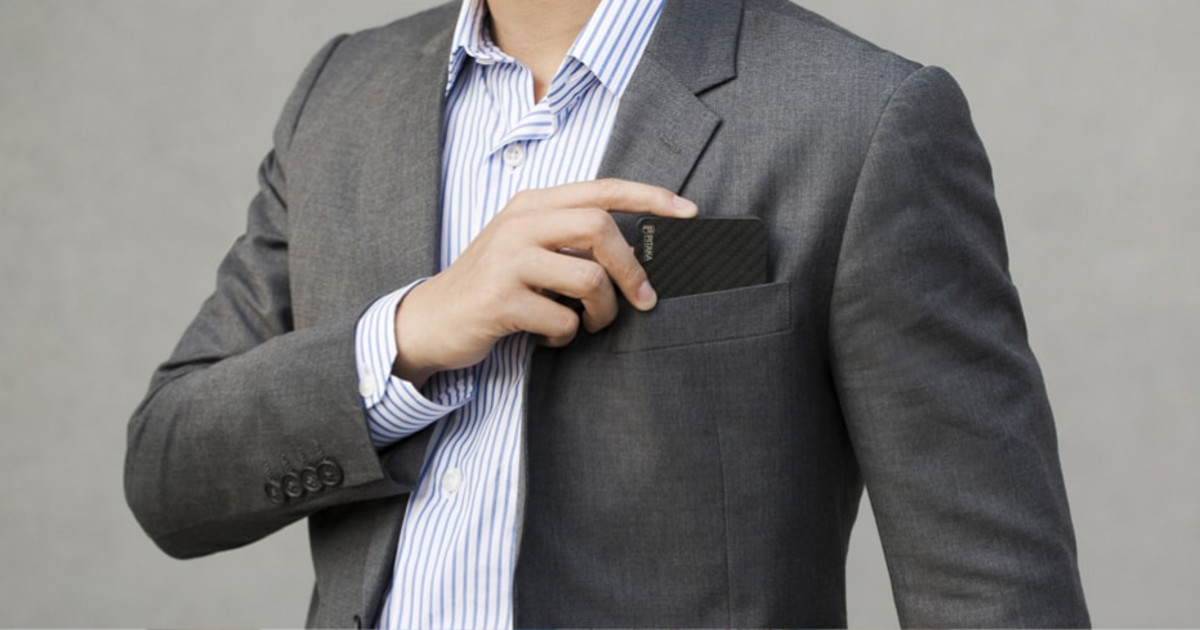 I appreciate your feedback and experiences, thanks in advance guys

I can’t say I have experience with Pitaka, but I know you Germans have an affinity for hard-shell wallets these days. If you don’t end up with them, make sure your other choice still has RFID-blocking. A lot of cards are getting RFID these days, and its easy for someone to steal your information just by brushing past. I went to an engineering university, and there were a few break-ins from people who had used an RFID mimic device to copy student ID cards.

NFC is a form of RFID. NFC is just a higher frequency version so that communication can be established between systems instead of just reading a code from a semi-passive object.

For me, I tried a view things. I have 4 to 5 of those cards in my pocket. No device was able to read the card intended. Don’t know how it is with the intended to hack devices.

There are certain encryptions on some cards, and most phones/devices are set up to only read certain formats. I got pretty heavily background-checked when I was trying to gain access to software so I could copy my own ID onto my phone (I got denied, apparently curiosity is not a valid use case

Peasants xD who are they to forbid you your curiosity xD

I recently went through the same search as you, looking for a new wallet.

Pitaka is a new company and yet to make their first actual product for sale.

Impossible for anybody to have had experience with them and thus give you any feedback.

The wallet versions they offer are unusually thick, and best carried around in a bag of some kind. This fact alone I would think, alleviates the need for a wallet.

In my years of experience nothing beats a good leather wallet, even if I change it each year or 2.

Besides cards are fast becoming obsolete and this will happen in Germany as well soon.

I now live in China for 6 months every other 2 months and everything there is paid from my phone with Wechat or Alipay. I leave my cards at home in a drawer.

(I have never had my cards ripped by anybody in my life.)

Waiting for all cards to be integrated to phone and shops to use the system.
This card thing feels so old system anyway.
Why can’t the banks use, instead of a card, a nice gem or a key ring which would have the RFID.
It is funny how the places which have mist of our money do not want to invest in the future.

I’ll just stick to the card

Cards don’t run out of battery, for that reason I’m sticking to them!

Same here… And not all cards have RFID… I prefer to enter my PIN with every purchase, that’s why I’m not taking one of those “contactless” cards even though I could get one for free. It’s a matter of preference, but cards will prevail, just like we’re still using cash after thousands of years.

In some countries now you don’t have that choice to use a PIN number any more.

Personally, I’ve been using this Bellroy Note Sleeve for about a year now, and its still good as new. Easily fits 10 cards inside, and holds coins etc.

Cash was not used for “thousands of years”, but rather just a thousand years. First bartering, then coins, then cash and now cards, and soon phones will become the majority. The old ones are still there but not as widely used.

Does any of you have any experience with this company? Are they trustworthy?

How can you trust them when the same item is sold for 20$ at ebay?
http://www.ebay.com/itm/PITAKA-Minimalist-Carbon-modular-Slim-Magnetic-Black-Card-Holder-Wallet-series-/112480068575?var=&hash=item1a3055a3df:m:m1HdnucKhdQ9Wc1b3RtluFg

Didn’t know it was on ebay too.

How can you trust them when the same item is sold for 20$ at ebay?

When I say cash, that means any form of physical money, not only paper bills. Coins are also a form of cash.

Phones might become the majority, not “will”. They’re inconvenient. And even if they do, cash is not going anywhere. Neither are cards.

Oh dear - I had not even bothered with the fine print - including this:

Notice : Apply to ANY Cards but Not Magnetic Stripe Cards – magnetic stripe cards placed inside may get demagnetized due to the magnetism in card-holder