As we all know, most OEM cooler installation has been optimized for quick installation instead of optimum performance. It is a common knowledge that reseating & repasting the cooler on a laptop, even when brand new, can lead to even double-digit temperature improvement.

If we went the extra mile, we could even make sure that the surface of the heatsink is optimized to ensure maximum contact area to the chip. 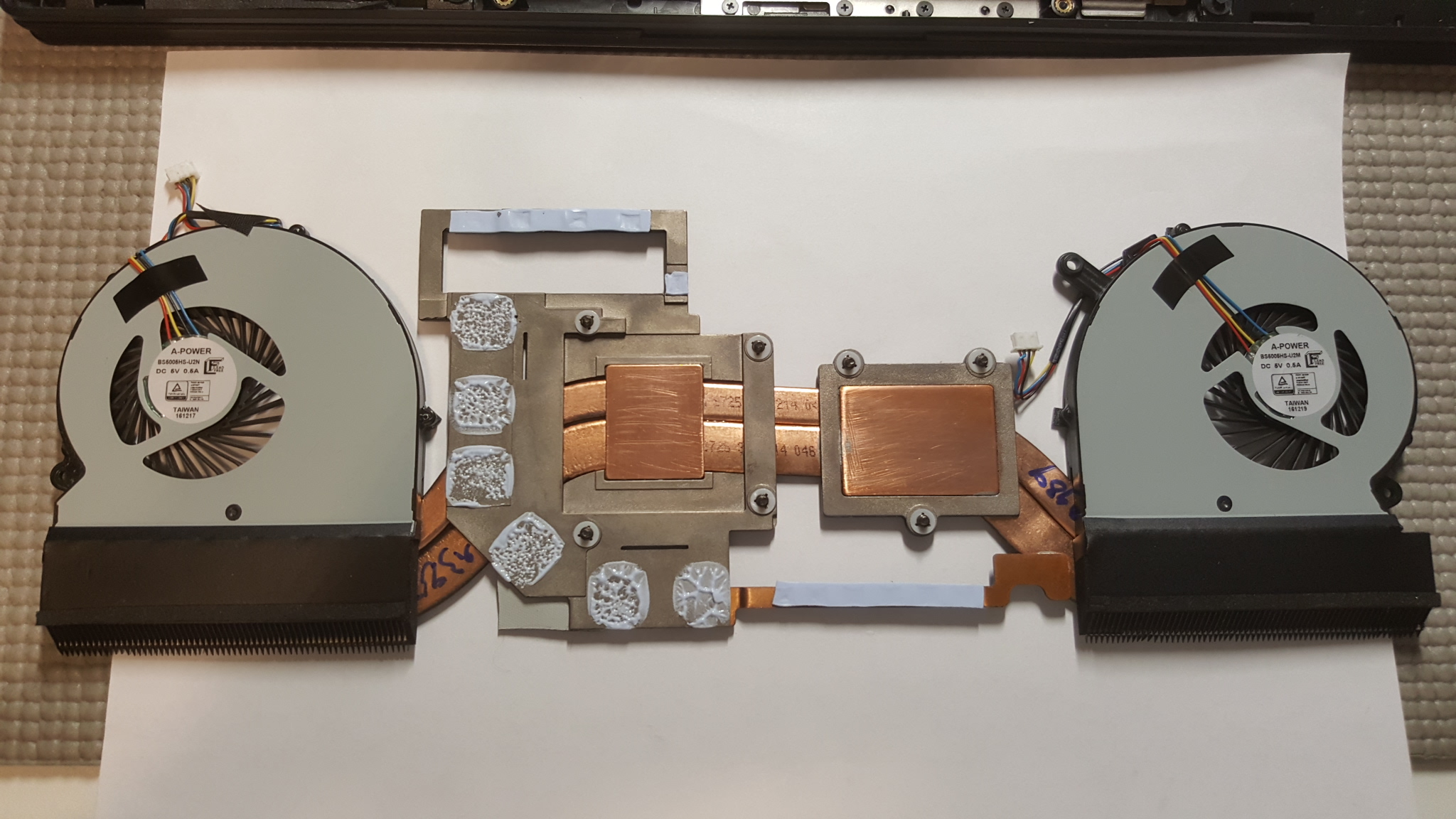 Gigabyte\'s new Aero 15 has been well-received by nearly all reviewers due to its compact form-factor and high performance. One enthusiast was able to optimize his Aero 15 far beyond stock specifications to achieve fantastic thermal results.

I think it would be amazing for Eve to break the old mantra, and ship the cooling solution to be optimized for best cooling performance, instead of shaving off few seconds of the manufacturing process.

The cooling is already more efficient than we need it. The CPU runs into its hardcoded TDP limits earlier than the thermal limits…

Surely the optimal cooling would be worth it though? Better heat dissipation might make it more comfortable to use at load and give extra longevity?

My prototype used to just barely get warm in hand. I mean my phone gets hotter than that… Sorry, but I see zero space for improvement here. And actually, improving the adhesion as Patrick suggested would only result in the shell getting hotter, not colder.

I do not think you can compare this to the hand-assembled prototypes, since the process could have been different.

My prototype didn’t even have a heat pipe, so I bet the final cooling is better… No matter how poorly it was installed…

Okay I did not know that^^

It’s also important to note that many high-end thermal interface materials are aimed at performance instead of longevity, and their performance will degrade over time. Most manufacturers will use a thermal compound that is not optimised for best performance now, but better performance over the lifespan of the device.

I presumed it would dissipate heat faster so the build up of heat would be less.

That would just mean the heat would reach the external case faster, which in turn means getting hotter, that’s what I meant. And while the CPU is around 80-90C, the casing is just warm. So no worries about being uncomfortable holding it

Improving the heat transfer between the CPU and the housing does increase the surface temperature of the device, but it also improves cooling. The housing is where the device actually gets rid of its heat, transferring it to the surrounding air. How much the cooling is improved, how much hotter the housing gets, and how much this improved cooling actually affects performance… that’s something that only testing would show (or some serious calculations by someone much more versed in material properties and thermodynamics).

Remember, there was no thermal throttling in any single core benchmarks.

As for multi core performance, it might get better but only with PL1 above 10W. You already said only up to 7W would be covered by warranty, so what happens beyond that doesn’t really matter. And up to 7W, there is no thermal throttling either. So improving cooling wouldn’t change a thing.

I completely agree. I was thinking of devices in general, but in the case of the V specifically our cooling system is already overqualified for the job.