I think the same about Wifi and BT. If Eve V has WiFi 6, LTE, and newest BT, there is no point of upgradability (5G can be point for someone, but just 18% people wanted it on eve phone, so how many people will want it on 2in1… But I think that it would be nice if Eve V has 2. 2280 NVME SSD places, so you can buy it with one drive and expand it with another SSD. I do not care about upgradable RAM too much, but I think that this would need poll to see what others think.

I’m of the mind that if a design can be engineered to passively cool a 15W chip effectively enough, that’s the best route forward…

…I hope that no fans are needed, yet at the same time, I want a U series processor.

I have noticed many people hope the new V to accommodate an Intel U series CPU to increase performance under-load. However, the passively cooled new V may not sustain a high power consumption for a prolonged time. Therefore, I made the following chart aiming to demonstrate how power limits affect CPU performance.

The following results do not represent all cases due to various factors such as RAM configuration & Silicon quality affect Cinebench R15 multi-score & power efficiency, respectively.

The chart clearly shows a higher-tier CPU is generally more power-efficient than its lesser siblings; moreover, clock speed & CR15 Multi score noticeably varies according to a different level of power draw. Assume the new V can sustain 10W to 12.5W of CPU power consumption, the 10th Gen U series CPU clock barely sits above its base clock in the long run.

In conclusion, it is difficult for the new V to obtain full performance if it packs a 15W TDP U series Intel CPU. It could be a wise idea to consider an extremely power efficient Y series processor which runs close to its full potential in a sustained workload.

…if the V is going to have an ultra low power Y series CPU … the CPU will be under-powered pretty quickly.

I would want to switch to a fan design with one of the new amd chips. I would rather have guaranteed performance because computing power is something that decreases over the life of the machine just like battery health/life, but it is easier to replace a battery than a cpu.

I agree with @Mohammad_Hadi that an AMD CPU it may be much better as Intel does not offer anything new…
However! this is a tablet and I think a fan will be a waste of space for a small bump in performance. I am not sure if the the cooling capacity can handle the new 4000 series of AMD. In their website they have them with a cTDP of 10-25W, which is 50% more of the Y series from Intel.

Adding some more option to @Lore_Wonder, I will really suggest the option of a i7-1060G7 and i5-1030G7. They offer similar thermal performance but they have support of 32GB of DDR4 RAM and the new AVX instructions. I will strongly suggest that they are only 2 CPU (i5 and i7) as that will drop the cost slightly and I don’t think that a lot of people they prefer an i3 instead of a for $100 less…?

Instead of a fan, I think a rough surface will be good for thermal transmission but will heat up the device.

I definitely I agree that if we could not need a fan to get decent performance then I would be satisfied.

I think the best option would have been a mix of surface pro and surface book with AMD CPU. I’ll try to explain.

I think this will cover basically all my needs

Is wanting the Ryzen 9 4900HS too ambitious?

No need to mention the heat pipe has already hidden its face into the sand like an ostrich.

what i meant by under powered was it would outdated quickly. a powerful computer will still be able to function 6+ years down the line. a Y series wont last more than 4 without being more than a device to brows the web.
I don’t know if that’s how you interpreted that or not but rereading my own post i couldn’t tell

I do think that there may be a chance of an amd CPU and graphics in the keyboard. because the surface book uses PCI.E in the hinge rather than thunderbolt. i don’t know how feasible it is to do that but it might be possible.

Thanks for your explanation. I agree with you that a mid-performer may fall short on demanding tasks over six years. Meanwhile, I believe any modern CPU in the new V with careful optimisation can perform daily tasks reasonably well during this time. For example, the i5 - 3320M within my ThinkPad T430s is still capable of 4K H264 playback @ 25Hz. If you consider quickly changing scenarios / time-consuming productivity, such as the latest game releases / video rendering, it is probably a wise idea to increase the pace of buying new laptops. Also, as I mentioned in a previous post, the i7 - 10510Y & i7 - 1060G7 are not too far behind an i7 - 10510U on spec.

Regarding the relationship between AMD APUs and eGPUs, I wish I can hear an explanation form an insider. Therefore, if someone knows it for sure, please tell us. As far as I know, eGPU does require TB3 capability (including USB 4) to function.

From a suggestion perspective, having Active & Passive two models is a good one.

An eGPU can be implemented also through PCIE but a hot swappable firmware must be implemented on the motherboard and except from microsoft I don’t know anyone else doing it so they may even have a patent on their surface book.

Active and Passive as two models will increase the price as diverging the production line increase individual pricing.

Maybe a same active design? micro fans on the sides of the tablet that will just blow air around? But an internal fan will also need an income for the airflow to be actually efficient otherwise you have the macbook effect where they suffocate the i9. A smart external fan? somehow hidden in the kickstand? I will have to think about that to… 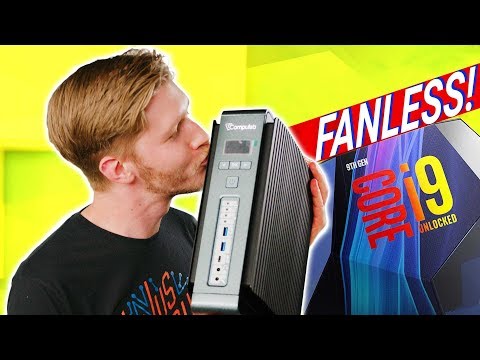 This could be really good inspiration for cooling. If they can cool an i9 and Quadro RTX 4000, then I think we should at least look into what we can do.

We can carry a 5Kg tablet for passive cooling.
The idea of crossover heatpipes is good though.

I mentioned before that is may not be a problem to remove the heat from the CPU.
The problem is to not overheat the device. As you can see in 3:50, the outer metal is at 50 degrees! That would be painful for a tablet. A normal temperature of case can be around 40… Usually phone are around 35.

That’s a fair point, but that’s also under benchmarks or heavy applications using a much stronger processor than I’m interested in.

if the device isn’t going to have an active cooled variant i think the keyboard concept i proposed would still be a great option to assist a passively cooled device. as it would have fans built in that could blow air across the heat sink. so that you can squeeze a little more power out of the CPU.
as well as if its an Intel device the keyboard could have a GPU with a thunderbolt connection, and a massive second battery.

also if the keyboard is detachable is it and the tablets battery added together as far as airlines are concerned?
as in could we get a total of 148+ watt hours worth of battery on the go?

In theory yes, we can go around that but it may be a bit sketchy… You must show that the keyboard can be a powerbank by its self. but then you move the tablet formfactor to a laptop like form. I do not disagree but I think from voting, it was decided to have a lightweight tablet.

Can you elaborate a bit more the fans that you proposed? as far as I understand, you can not have fans that are not exposed and at the same time blow air on the back of the tablet.

I dont have any of my CAD software currently so i made this in MS paint.
i thought that a keyboard with graphics and a battery would be nice, but that a passively cooled CPU would hit its thermal limits quickly. (which has plagued the Surface book)

Maybe two keyboards? one with GPU and one lightweight?

i never thought this would completely replace the regular one
just an option for people who would want a little extra power.