OKay not so brief, by brief I meant briefcase here’s why if you do a search for:
Solar Powered Backpack
There are many to choose from, likely many more to be released in the near future.

Think back packs, messenger bags, sling bags, and maybe even fanny packs <yes I predict that the 90s fanny pack craze will see a rebirth in 2020s.

Solar cells woven into fabric could turn any tent, curtain or clothes into a...

Fashionable Solar Clothing is Closer Than You Think:

Fashionable Solar Clothing is Closer Than You Think - Understand Solar

Two creative and remarkable professors at the University of Wisconsin have developed solar clothing: wearable solar panels that can be woven right into the threads of the fabric of our clothes. Marianne Fairbanks, professor of Design Studies at the...

So why do I bring up the future of portable solar up?
well because of the idea is to make a laptop with specs that would otherwise be only feasible in laptop form today, into a 2 in 1.
Expample, the new Dell XPS 13 is not a 2 in 1. I propose having the same performane specs as the latest Dell XPS, but as 2in1.
how?
by considerably downsizing the battery, you allow for room to make the device flush to convert into tablet.

the dell has 20hours of battery.
ours would maybe have 2 hours, give or take.
the remaining 18hours would be found by using a portable power charger.
Either EVE could make their own, or partner with like Anker and bundle the laptop with Anker’s Powercore.
These fit nicely in your purse, sling, bag pack. One that would possibly be chargable via solar. if solar powered you might be fine with a 15 hour battery + the sunlight you’d get from the panel = +3 hours or more (idk how much solar gives you)


the BioLite Solar Panel 5 would fit easily inside a messenger bag for example.
Compact to carry with you and deploy.
Flexible/foldable panels are likely around the corner.

smart consumers
why do you get a laptop?
because it is easy to carry than a desktop whilst giving you a desktop like experience (particularly for non gaming uses).

Now, as a consumer I would be more than prepared to carry a battery outside of my laptop if it mean that said laptop could double as a 2 in 1.
Plus having a powercharger nowadays is super convenient for all your other devices as well. You’re gonna want to bring a powercharger with you when travelling anyways.

Your demographic would include people in the market for tablets too.

Android emulators are super popular now too, making 2 in 1s even more sought after.
Or maybe the tablet could even dual boot into android. see http://www.phoenixos.com/en/ maybe in this OS the battery could last longer too up to say 4hours.

important feature would be a more in-your-face type of alert for your last remaining minute of battery to save everything. (maybe LED that glows from green to red in the last 10 minutes and flashes red in the last 1 minute)

For portability use a retractable USB-C wire

one possibility would be to have this integrated into the 2 in 1, in the event that it breaks. This would need to be easy to replace yourself. just buy a new wire part remove old and snap + plug new in place.

Other ideas, may be pushing it though:
now maybe the back of your laptop display you could attach a solar power to the back. (would snap on easily with magnets perhaps)
would involve partnering with a solar power company, like Biolite maybe

I’ll be very blunt and somewhat disrespectful in the very next joke and mean and I apologise beforehand… but it explains very well what I think I’m afraid.

One positive thing to say regarding solar however there is: there are solar cells now at prototype stage (already shown a couple of years ago at Barcelona, I think at the MWC) that are transparent and can be applied on top of the display. While they’re still wildly insufficient to power the device, they may prolong standby time considerably if not making it virtually infinite. Those, in my opinion, will be worth considering in the future.

The solar thing articles were more there to push the idea of what the future has in store. I agree not so much relevant. Things like the biolite panel are though.

Wanting an entire day’s worth of charge (without using a powerbank) is overrated, or a feature that was more relevant pre powerbank era.

you need to see the idea that charging via powerbank as not cumbersome, but can rather be quite comfortable, especially if you organize your day to work around it:
https://www.kickstarter.com/projects/volt-charging/volt-the-ultimate-wireless-powerbank?ref=nav_search&result=project&term=charging
wireless Charging Powerbank

these kinds of advancements is what will allow this product to work. When marketing this device this is what you have to emphasize/highlight too. Show the consumers that this can be easy.

graph comparing portability and why this device would most definitely be viable. 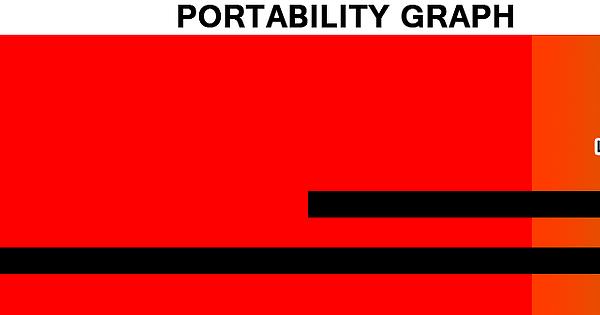 2 hours is a long time to need something where there is really no way to stop and find a wall outlet, or use powerbank.
You know this made me think of a a mini plug in 1 hour battery. it would stick out of your laptop a little like a wireless adapter. for those times where you need that extra 1 hour.
this would make 3 hours pretty feasible.

And for those people this would not be the product for them. for everyone else (big sector of the laptop market and even encroach on the tablet market) this product makes sense.

As long as you have a briefcase or some time where you can carry and charge your laptop at the same time, how cumbersome can it be.
Having a built in LED to warn you when battery is low, helps as well.

Another big plus is holding a lighter device.
As far as pros and cons go, getting more specs+ lighter device, would make me rethink the “trouble” of using a powerbank.

also in 3 years time maybe we’ll have longer lasting smaller batteries and so the battery inside could be swapped to add 1 or 2 hours more duration to it.

Wanting an entire day’s worth of charge (without using a powerbank) is overrated, or a feature that was more relevant pre powerbank era.

I’ve been looking to the goal of being able to work 8 hours without power supply for years. It’s not overrated, at all. At best, it’s not important to you and some others.

you need to see the idea that charging via powerbank as not cumbersome, but can rather be quite comfortable, especially if you organize your day to work around it:

I disagree. I prefer to be the device adapting to me and not the other way around.

And for those people this would not be the product for them. for everyone else (big sector of the laptop market and even encroach on the tablet market) this product makes sense.

And, still, the market is going in the direction of lower power consumption and better battery life. Markets don’t move out of a whim: they do research. Clearly, at present moment, research is pointing in a direction different than the one you’re suggesting.

As long as you have a briefcase or some time where you can carry and charge your laptop at the same time, how cumbersome can it be.

Having a built in LED to warn you when battery is low, helps as well.

Another big plus is holding a lighter device.

As far as pros and cons go, getting more specs+ lighter device, would make me rethink the “trouble” of using a powerbank.

also in 3 years time maybe we’ll have longer lasting smaller batteries and so the battery inside could be swapped to add 1 or 2 hours more duration to it.

Powerbanks can be useful. The convenience of being able to carry around a powerbank in case your device battery gets low is undeniable and I look forward to the widespread diffusion of USB-C, which will enable laptops to get additional life far from the plug through powerbanks.
Still, for this class of device I believe most people would rather do without a powerbank if at all possible.

I’m afraid we’ll have to agree to disagree on this idea of yours.

the thing is it is adaptive to you, you get a 2 in 1 out of it. and better specs.
it depends what tradeoffs you want.

this isn’t about you or me, the is about the general consumers out there and if there is a large demographic and if this can be presented in a welcoming to show people how it really wouldn’t be complicated then you have yourself a product.

Markets don’t move out of a whim: they do research.

I don’t know why that is at all relevant. There is research here. and if we need more so be it. this is a suggestion, that invites us to carry more research if there is something substantial here worth pursuing.

a lot of what laptop market was built on was pre usb c/ pre powerbank and pre wireless charging pads. i’m just making use of the tools that are there most recently available to build a product that harnesses them. how is this a whim?

Opinion do not matter. I do not hold an opinion (and therefore we cannot agree to disagree). If this idea is flawed show me. Isolate the idea. I’m not here to debate i’m here to get down to the bottom of things.

Hmm, I see an intrinsic problem here (at least for my personal use)

So, I need a big battery for as much runtime as possible to be independent of the need to plan my day around the shortcomings of my device…

valid points.
the solar aspect is a secondary part of my idea.
it’s, like a lot of solar stuff, mostly about your own carbon footprint.

Ways to find use for it would be to place your laptop near a sunlight window when not using it.
for outside use, I was thinking of a sort of having a lightweight easy to attach collapsible awning of sorts that could help provide vision for outside use.
those this would be stretching it a little.

I think the better approach might not be to place it on the rear of the laptop actually, maybe one day it’ll be viable. for now though would make more sense to be in the shade, and say 3 feet away from the shade you’re located under have a Biolite panel in the sun.

so the solar backlid part can likely be shelved.

Advertising/showcasing this product along side thing’s like the Biolite Panel would make sense.

speaking of powerbank and mini usb flash drive sized batteries (with usb c connectors).
maybe you could have a powerbank with detachable batteries.
so a powerbank might consist of its own bank and like 2 detachable usb c batteries. or more even.

the small 1 hour batteries could perhaps even have wireless charging.
fits easily in your pocket. and could be used for any usb c device.

if you feel you’ll need an additional 2 hours of battery time, bring two with you.