So I’ve been reviewing the smart watch market for a while now, looking for the ideal purchase.

I’d like something that actually looks like a watch, good battery life, heart rate monitor and GPS. Ideally it would also integrate with the other smart things in my life, home lighting and heating for example.

I really like the Samsung Gear S3, but it’s non proprietary OS means it doesn’t play nice with others. The fossil Q marshal, lovely watch but no HR monitor.

Moro 360?
I have the gear fit2 and I honestly think these watches are useless. I know two other people who had moto 360s and they over me but ended up not using them because, again, they are useless. Not enough functionality to make them worth it.
But yeah moto 360 and I think LG and huawei makes a good one too that’s circular.

HONESTLY- i think the Ticwatch 2 is amazing, Looks like a watch. Has proprietary OS but they are coming out with one version with Android Wear OS. Solid watch.

I backed the Mykronoz Zetime on Kickstarter. In my eyes this gets as close to the looks of a traditional Swiss watch as possible. It should arrive within the next two weeks. It has a proprietary OS, though.

In case you like the design and the functionality is sufficient for you I could offer to post a short hands-on once I’ve used it for some days.

I have the ticwatch 2 too… but hey dont be top optimistic they never Said we were going to get AW2. Unfortunately it doesnt seem very likely.
I have ir for a year now. Looks incredible, battery for a full day, full watchmaker APP, notifications always on

I really like the look and feel of my Zenwatch 3. It has no heart rate monitor, but I didn’t want one of those anyway. Having spent years training with Olympic athletes, I can tell you that heart rate should not be what you base your health off of unless you have concerns about or a history of heart problems.

If you want an Android watch then get one for that reason, but if you want fitness tracker then get a fitness tracker. Trying too hard to be both makes an uncomfortable and ugly wearable that might disappoint you in the long run.

Well they have the new ones coming out soon. Ticwatch E and S. Both based on Android Wear. 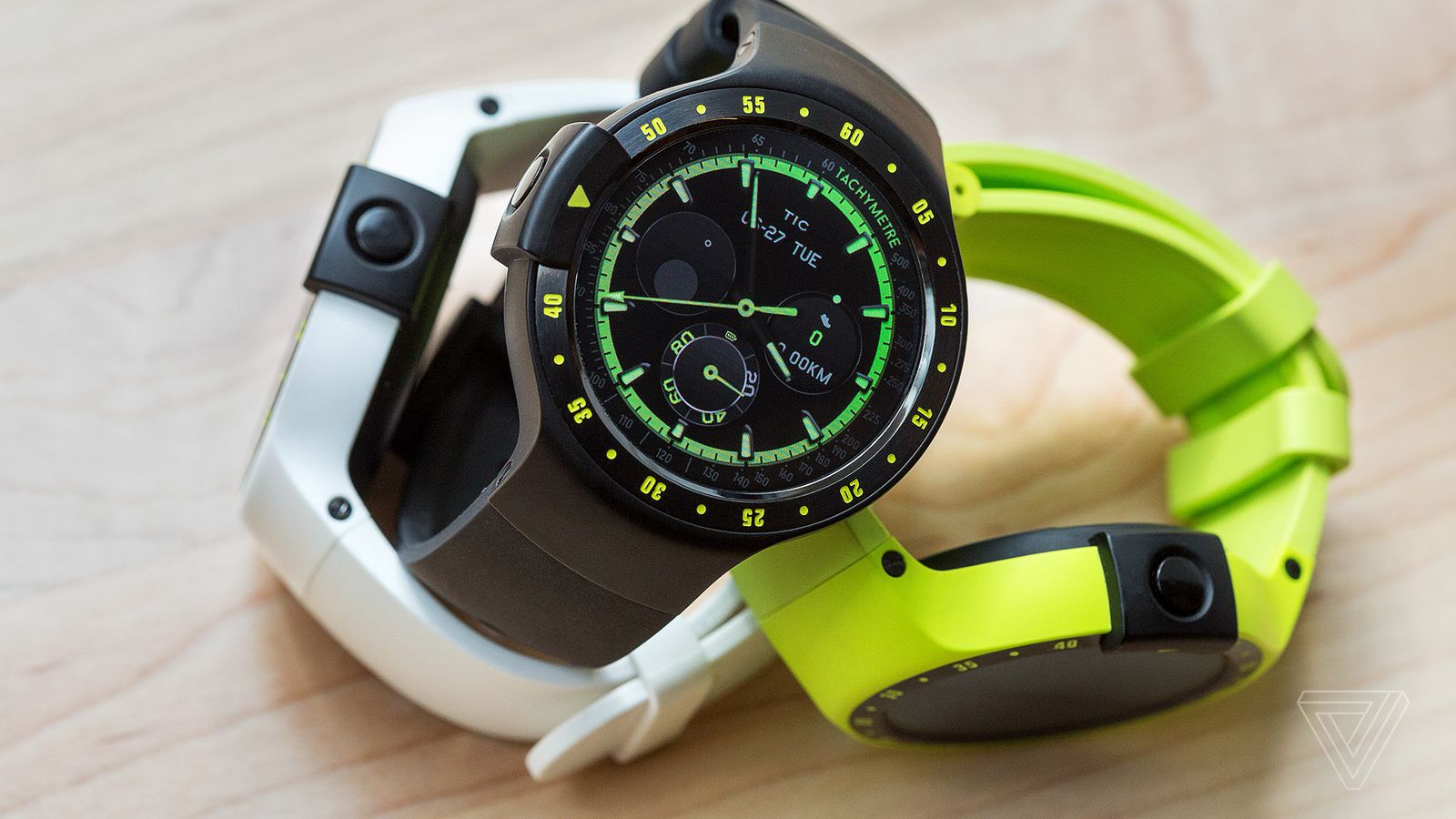 These new Android Wear watches start at under $100

Last year, Mobvoi, a Chinese voice assistant company, brought its Ticwatch 2 smartwatch to Kickstarter. For a $99 starting price the watch was a good deal, but the catch was it ran Mobvoi's own...

It has no heart rate monitor, but I didn’t want one of those anyway. Having spent years training with Olympic athletes, I can tell you that heart rate should not be what you base your health off of unless you have concerns about or a history of heart problems.

Not only that but watches do a terrible job of it.

I’ve been using a Pebble Time since the second Kickstart campaign. It doesn’t have the heart monitor, but the battery life is great and the screen can be configured to look like almost any style watch. Unfortunately FitBit bought them and immediately stopped Production and new product design.

I’d check out the Fitbit Ionic as soon as final reviews are out and the SpO2-Monitor is tested. It looks pretty promising to me and I like the minimalistic design (which really divided reviewers’ opinions). The main minus is the price for me, but it is a fully fletched smartwatch with very good fitness features.

Has Fitbit finally made a smartwatch that can rival the Apple Watch?,Gadgets ,Wearable tech,fitbit

Let us know how that thing is once you get it. I’d been eying it as well…

I really like the Samsung Gear S3, works fine with all of my android (and even apple) devices

+1 for the Gear S3
I have the Frontier version and it looks and works great. I can get about 3 days of battery with it, which surprised me. I got it to replace my first gen Pebble (which Fitbit bought and killed so no more Fitbit products for me). I have the Gear S3 linked to a S8+ phone, so I guess I’m ‘in the ecosystem’ now but I’m not using it for any Samsung-specific things aside from the Health stuff. Just notifications and the odd phone call, which can answer calls over the cell network even when my phone is off or out of range and over bluetooth when the phone is on and in range, and the speaker/mic works pleasantly well.
All in all, I can recommend it (which is why I’ve posted here, haha)

I’m not sure, if buying intellectual property from an insolvent firm can be considered as killing

at least all I can find is suggesting that they were deep in debt before Fitbit bought their intellectual property.

Pebble OS; uses a customized FreeRTOS kernel Can communicate with Android and iOS apps using Bluetooth. Portions of Pebble OS are closed source. Pebble Technology Corporation developed a line of smartwatches including the first commercially successful smartwatch, the Pebble Smartwatch, before closing down in December 2016. Pebble Technology Corporation raised $10.3 million through a Kickstarter campaign running from April 11, 2012, through May 18, 2012; this was the most money raised for any prod...

But people familiar with the company’s inner-workings have said Pebble has been struggling for the past year. In March it said it was laying off 25 percent of its staff due to a lack of funds. Pebble has raised at least $15 million in venture capital funding to date, according to Crunchbase; 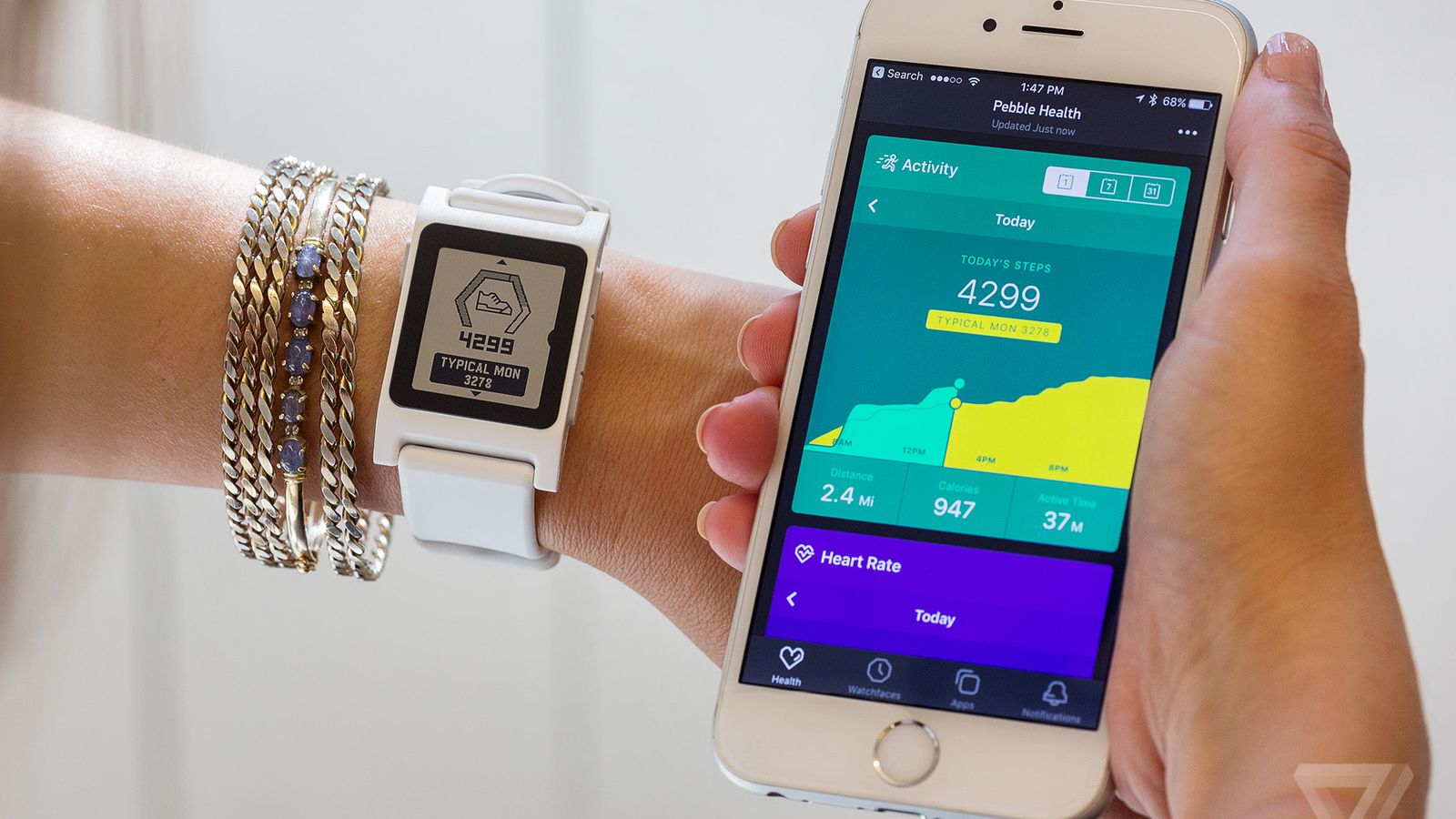 Why Fitbit buying Pebble makes sense — at least, in the short term

The wearables industry is facing a day of reckoning.

Fitbit is actually the reason Pebble devices are still supported on a software basis (until 2018). At least they stated it themselves.
https://blog.getpebble.com/2016/12/07/fitbit/

What about this; though not yet experiences: 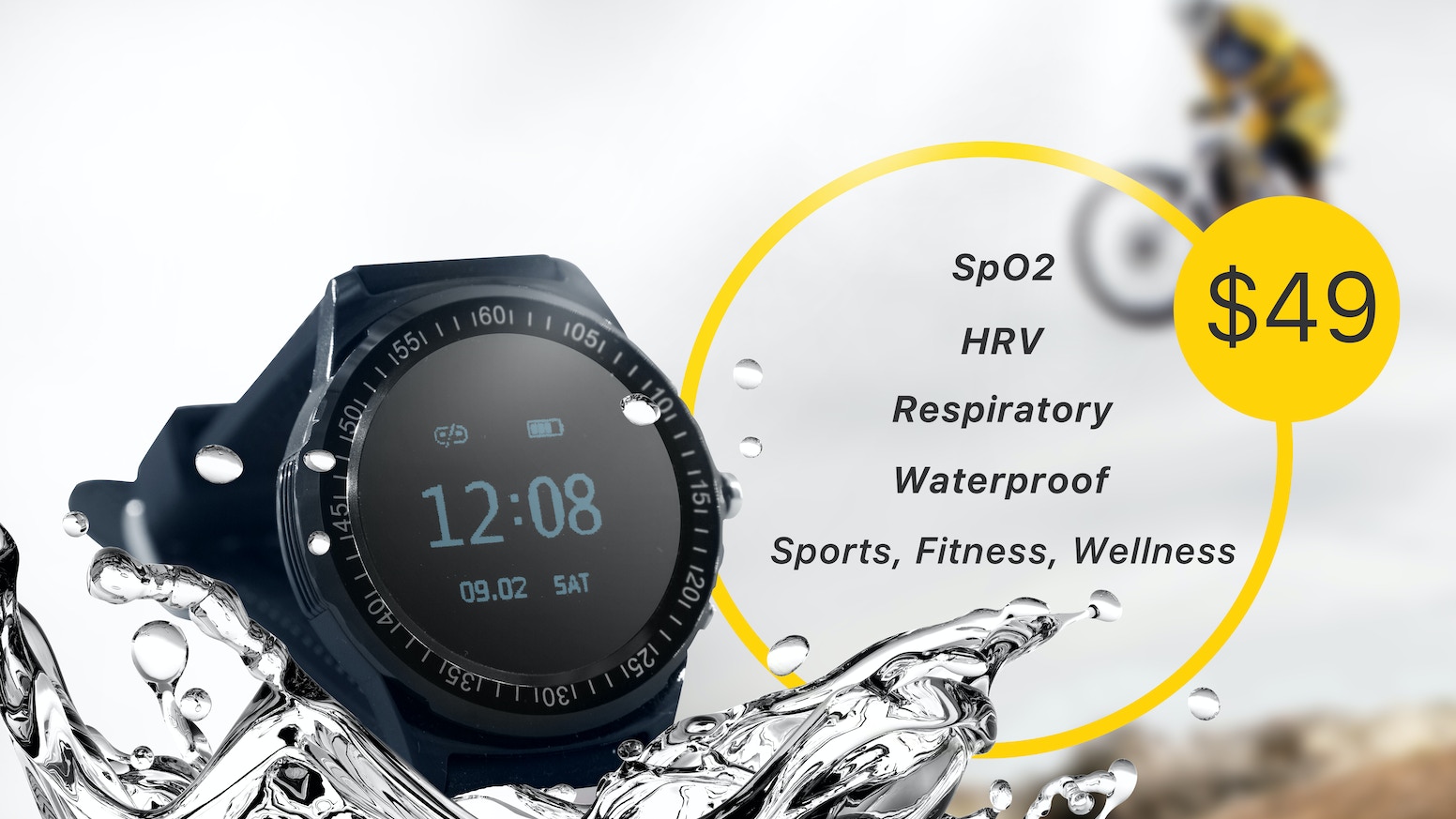 FitOn is The World's First and The Most Affordable Blood Oxygen Saturation Smartwatch that well tracks your vital sign and wellness.

Here a short first impression of a couple of hours of usage/ playing around:
Hardware looks and feels great, so far only one flaw that I realized: For the full metal band (modern style) that I ordered, the small bars that connect the bands to the watch are not attached to the band (they are for the for leather/silicone bands I got ) but loosely inserted. So if I wanna change the bands (which works absolutely easy) I have to be careful not to loose these bars…
Software-wise there are still issues with some features not working perfectly, and I did read different bugs from different users/buyers. I guess it would be more suitable to give the support some time to look into these before I go into more detail here.

If you have any specific questions that I can answer - go ahead.
I’ll write a more detailed report though (including pictures) when I’ve gone through some more practical use cases in a while, maybe some bugs are also sorted out by then.

hehe, ok, I’m a bit dramatic here, but it does relay my distaste for the situation.

I’m an owner of Huawei Watch 1. It looks really great (metal with leather band) but actually I feel quite disappointed with them.

There are few problems with smartwatches:

Cool stuff -> you can send sms from it as well as make calls. It comes in handy when driving or on meetings.

From my perspective, unless you want to use it for sport or for driving -> smartwatches doesn’t five enough value -> especially those on android.

+1 for the Moto 360
I have owned my Moto 360 since 2015. I wish that it could have gone to v2.0 of the operating system, but the watch still rocks all this time later! I own a newer Wear24 watch and still prefer the Moto.