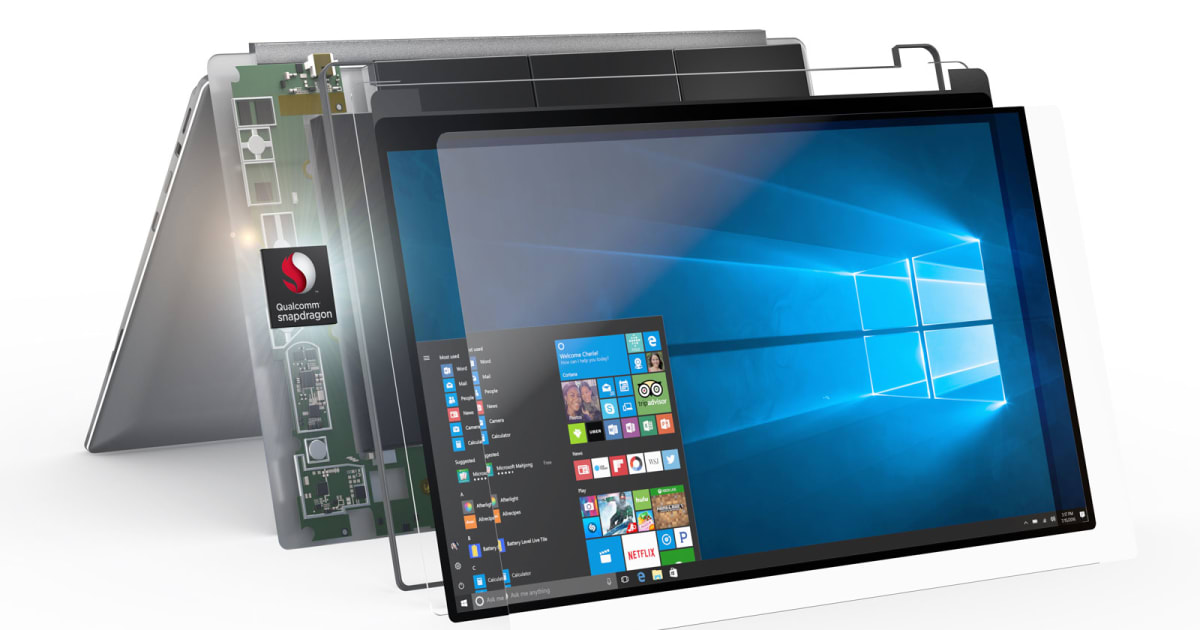 One of their big goals? Multiplayer online gaming on-the-go.

Seems like the next few years are going to be quite interesting for ultraportables.

Anytime I read about the “always connected PC” I dream of finally having a fast and affordable mobile connection. And then I look into speeds and prices in my country and… nop, it’s still a dream. Tech is evolving faster than services in this case.

Interesting. Engadget published this link earlier, but it seems to have been pulled not but 10 minutes later, and it still isn’t up:

Would be great if the AMD versions wouldn’t always get displays or other garbage parts from the graveyard… Just happened again with the newest HP just reaching a bit over 200 nits.

Just kidding, besides creating a closed loop liquid cooling within the phone I cannot imagine how to disperse heat and have a battery big enough for it.

I think this is an awesome idea that can clearly compete with chromebooks (MAybe windows 10S) and maybe more developers will start putting some apps in the Microsoft Store.
Id like to see how performace fares. Is it comparable to an Intel i3/m3 or i5?

Now people are gonna blame AMD for making slow and unresponsive computers that cannot survive a shock, which AMD could do nothing about because they don’t make secondary storage devices.

Based on the recent reviews for the Ryzen mobile on the HP Envy, it performs very well! Single Core is a tiny bit lacking due to Intel’s higher burst core. Multi-core performance is also a little lacking, however, of course, it’s the integrated Vega that makes it shine. It outperforms Intel’s in any GPU tasks (gaming, rendering, hardware decoding, etc…)

Spearking of HP and AMD…

But there are countless of Intel laptops with HDD too

People won’t judge Intel for being slow, because Intel is everywhere.

There is a dedicated ryzen thread with links to Benchmarks and numbers.